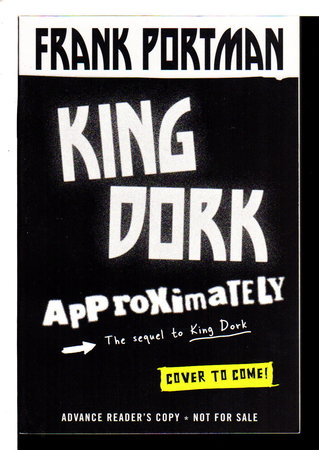 New York: Delacorte, (2014). SIGNED first edition - The sequel to "King Dork" - "Tom Henderson is the same old King Dork. Tom's still trying to work out who to finger for the new scar on his forehead, the memory loss, and his fathers mysterious death. . . . What doesnt make you stronger can kill you, though, and tenth grade, part two, promises to be a killer." SIGNED on the half title page. 330 pp plus an excerpt from the first book in the series.

Condition: Fine in printed black and white wrappers (a very different cover than the final version).