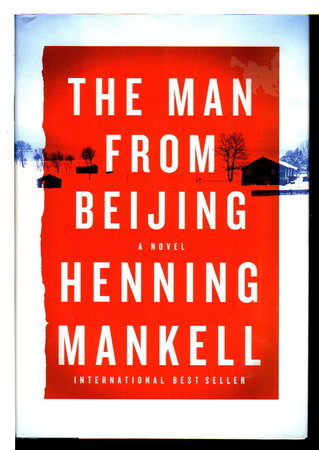 THE MAN FROM BEIJING.

New York: Alfred A. Knopf, 2010. dj. Hardcover first edition - A stand-alone thriller which begins with a brutal massacre of 19 people in a Swedish hamlet by this award winning novelist who is best known for the Kurt Wallender mysteries. Translated from the Swedish by Laurie Thompson. 367 pp. ISBN: 9780307217860.