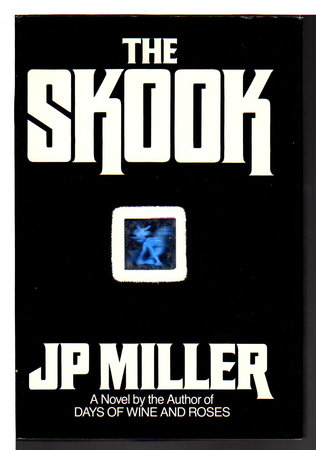 New York: Warner, (1984) dj. Hardcover first edition - A very different novel by the author best known for "Days of Wine and Roses' - "A story of adventure, of childlike wonder, and of love. . . the saga of an everyman whose life undergoes a dramatic and wondrous change. His name is Spanish Barrman. An ex-urban businessman, forty-eight years old, trapped in a passable but unsatisfying existence. . Harassed by a motorcycle gang, he has to run for his life and scrambles for cover into a hidden cave. Crawling through tiny passageways, Span is suddenly entombed in an underground labyrinth no human has seen before: an awesome world of sparkling stone and fathomless pools; prehistoric serpents and beasts; chambers, chasms, and cascades; and a mysterious river falling to the sea. " This book is notable for being the first book to feature a hologram (based on a drawing by the author) on the front cover of the dust jacket. 307 pp. ISBN: 0-446-512966.

Condition: Very near fine in a like dustjacket (remainder line)