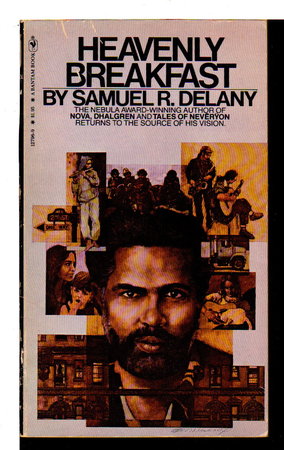 HEAVENLY BREAKFAST: An Essay on the Winter of Love.

New York: Bantam, 1979. First edition - A rather uncommon Delany title, only published as a pocket paperback. Heavenly Breakfast was the name of a defunct rock group, and the name given to the apartment on Second Street in New York's Lower East Side where the commune was located during the winter of 1967-68. While based on his journals from that time, as Delany explains in his introduction, some incidents have been displaced in time and other changes have been made for 'essentially musical reasons.'. ISBN: 0-553-127969.

Condition: Near fine in illustrated wrappers (usual toning to the pages).