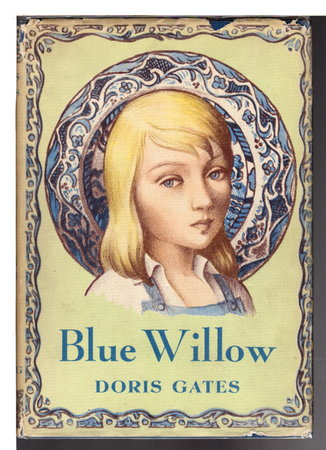 New York: The Viking Press, (1940) dj. Hardcover first edition - Uncommon first edition of this classic of children's literature, set among migrant workers in California's Central Valley during the Depression. A Newbery Honor book and on Horn Book's best books of the year list. Written by a librarian who worked with migrant children in Fresno, this book was one of the first "realistic" books for children - Howard Pease in his essay "Without Evasion" praised Gates as a rare exception among children's writers: "Only at infrequent intervals do you find a story intimately related to this modern world, a story that takes up a modern problem and thinks it through without evasion. Of our thousands of books, I can find scarcely half a dozen that merit places on this almost vacant shelf in our libraries; and of our hundreds of authors, I can name only three who are doing anything to fill this void in children's reading. These three authors - may someone present each of them with a laurel wreath - are Doris Gates, John R. Tunis, and Florence Crannell Means." But in addition to its realism, this is also a tribute to the power of imagination as 10 year old Jenny sees the blue willow plate as a symbol of the home she desires so strongly. Illustrated with soft black and white drawings by Paul Lantz. 171 pp.