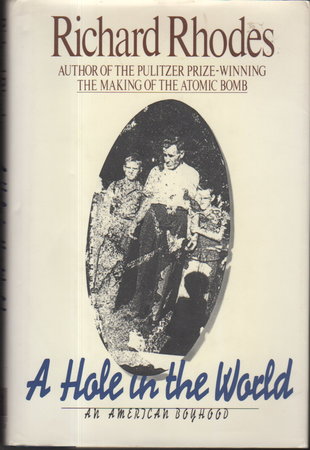 A HOLE IN THE WORLD: An American Boyhood.

New York: Simon & Schuster, (1990.) dj. SIGNED hardcover first edition - SIGNED on the page facing the title page. The story of his childhood and of the abuse and starvation he and his older brother endured at the hands of his stepmother, until - when he was age 12 and weighed just 80 pounds - his brother went to the police and the court sent them to the Andrew Drumm Institute. The title refers to the lack of love and nuture in his childhood - both because of the suicide of his mother when he was just one year old, and the inability of his father to stand up to his stepfather. Books - especially the old science fiction pulps - became his refuge. Photographs. 271 pp. ISBN: 0-671-690663.