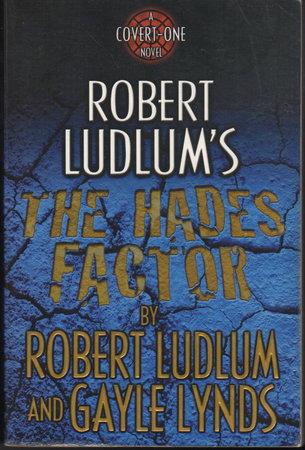 New York: St Martin's Griffin, (2000). SIGNED first edition - A Covert -One novel. "A homeless man in Boston, an Army Major in California and a teenage girl in Atlanta all die suddenly and painfully - each the victim of a unknown doomsday virus." The first novel in this series of international thrillers created by Ludlum and written by Lynds.SIGNED by Lynds on the title page. 432 pp. ISBN: 0-312-264372.

Condition: Good only in illustrated wrappers (usual toning to the pages, some wear to the covers)