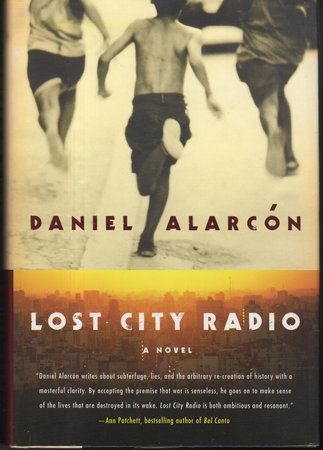 New York: Harper Collins, (2007.) dj. SIGNED hardcover first edition - Highly acclaimed first novel by this writer, born in Peru, but now living in California. A dystopian view of the future, set in a 'nameless, timeless South American country' where a war has been raging between the government and a guerrilla faction from the jungle. Alarcon's first book, a collection of short stories, won the Whiting Writer's Award and he was chosen by PW as one of the top debut writers of 2007 and In 2010, he was chosen by the New Yorker as one of the 20 best writers in the US under the age of 40. SIGNED by the author. 257 pp. ISBN: 978-0060594794.

Condition: Very near fine in a fine dust jacket (some light toning to the pages, remainder line)