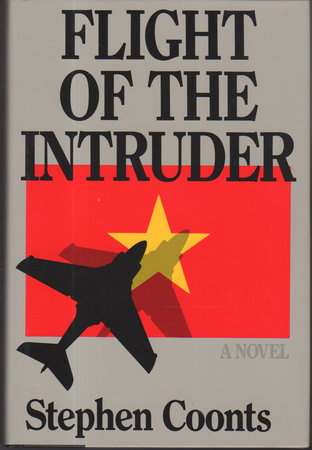 FLIGHT OF THE INTRUDER

Annapolis, MD: Naval Institute Press, 1986. dj. SIGNED hardcover first edition - Author's first novel, the story of naval aviators at war over Vietnam, and only the second novel published by the Naval Institute Press (the first being, of course, Clancy's Hunt for Red October.) Coonts flew Invaders between 1971-73, and later served as a flight instructor. SIGNED on the half title page 329 pp. ISBN: 0-87021-200-1.