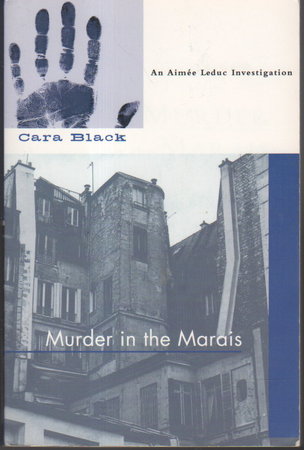 MURDER IN THE MARAIS.

New York: SOHO Press, (1999.). SIGNED - The first in the series of Aimee Leduc Investigations, set in the darker corners of Paris. Marcia Muller described LeDuc as 'a prime example of the next generation of female private eyes - hip, technologically resourceful, and very, very independent.' Nominated for Anthony Award for Best First Novel. INSCRIBED on the half title page "To -- enjoy another 'trip' to Paris" and dated in 2003. 354 pp. ISBN: 1-56947-1592.

Condition: Very good (some wear to the covers)