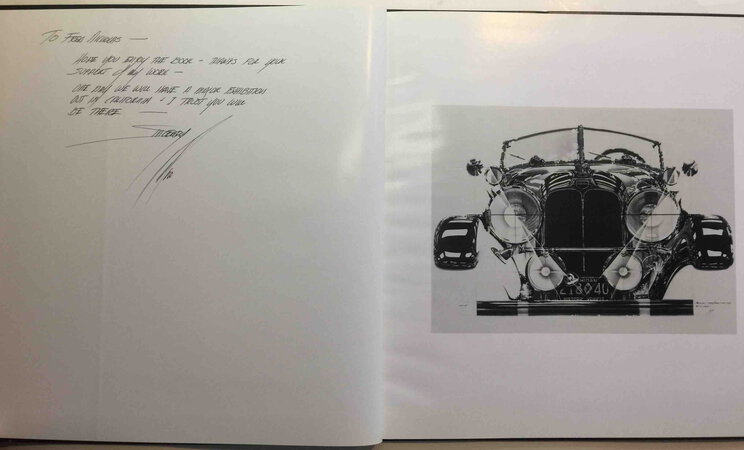 [Auburn Hills, Michigan:] DaimlerChrysler [1999]. SIGNED hardcover first edition - Published for an exhibit held in Auburn Hills, Michigan in October 1999 - the first comprehensive exhibition of the work of this automobile designer turned artist. His striking photorealistic paintings form an intriguing mix of images capturing people, machines and nature. An association copy INSCRIBED on the verso of the front endpaper to noted Los Angeles attorney and art collector Fred Nicholas - he includes the comment "One day we will have a major exhibition out in California & I trust you will be there - " Among other things, Nicholas was the chair of the Los Angeles Museum of Contemporary Art and he oversaw the construction of the Walt Disney Concert Hall. As attorney he handled the complicated affairs of artist Sam Francis after his death. Reproduces 31 works in full color. Large square format. Laid in is a single glossy sheet on one of Maier's works, Madison Avenue at Speed.

Condition: Near fine in illustrated black paper over boards (some rubbing to the sides of the spine and the corners.) Uncommon.