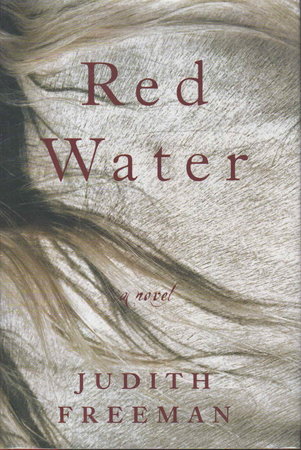 New York: Pantheon, (2002) dj. SIGNED hardcover first edition - "On Sept 11, 1857, a group of 120 emigrants en route to California was attacked and slaughtered by Mormon settlers and their Indian allies. The lives of 17 children under the age of seven were spared. Twenty years later, John D. Lee, a Mormon and a participant in the massacre, was executed by a firing squad at the same spot and thus entered history as the scapegoat for all those responsible for what came to be known as the Mountain Meadows Massacre. Red Water is the story of the life of John D. Lee as told by three of his nineteen wives." SIGNED on the title page. Map. Author's note. 324 pp. ISBN: 0-375-420924.