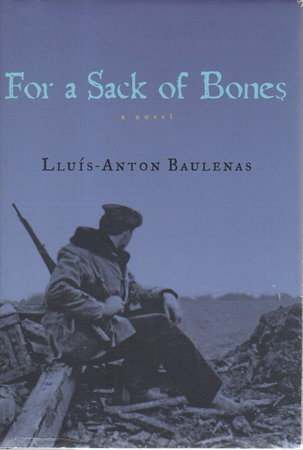 FOR A SACK OF BONES.

Orlando, FL Harcourt (2008) dj. Hardcover first edition - "After eight years in exile, Sergeant Genis Aleu returns to the city of Barcelona, Spain bearing the mark of a man who has seen many battles and has one last mission ahead of him. A soldier in the the ill-famed foreign legion, Aleu cuts a intimidating figure as he negotiates around the paranoid and suspicious citizens of Franco's Spain, while trying to fulfill his father’s dying wish." Translated from the Catalan by Cheryl Leah Morgan. Winner of the Ramon Llull prize. 359 pp. ISBN: 978-0-15-1012558.