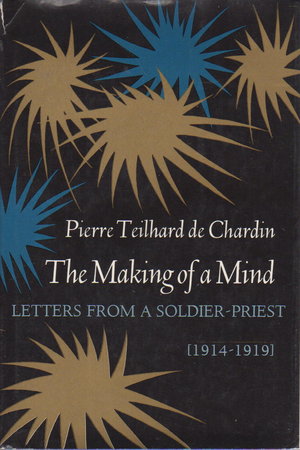 New York: Harper & Row, (1965) dj. Hardcover - Letters to his cousin Marguerite, written during the first World War, when Teilhard de Chardin, already a Jesuit priest, volunteered for the Army, and spent 4 1/2 years as a stretcher-bearer at the front lines. He was awarded the Croix de Guerre, the Medaille Militaire, and the Legion d'Honneur, but he also began to develop his great vision of the human condition during this time. Translated from the French by Rene Hague. Frontispiece portrait, map. Index, 316 pp.