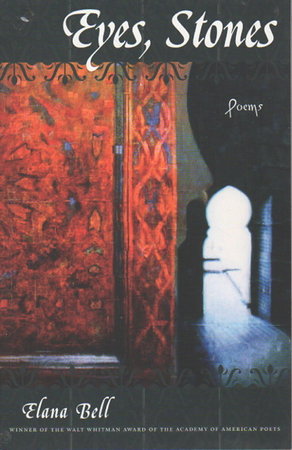 Baton Rouge: Louisiana State University Press, (2011). First edition - "In this debut collection, Eyes, Stones, Elana Bell brings her heritage as the granddaughter of Holocaust survivors to consider the difficult question of the Israeli-Palestinian conflict.The poems invoke characters inexorably linked to the land of Israel and Palestine. There is Zosha, a sharp-witted survivor whose burning hope for a Jewish homeland helps her endure the atrocities of the Holocaust. And there is Amal, a Palestinian whose family has worked their land for over one hundred years--through Turkish, British, Jordanian, and now Israeli rule." Recipient of the Walt Whitman Award of the Academy of American Poets. Notes, 62 pp. ISBN: 9780807144640.