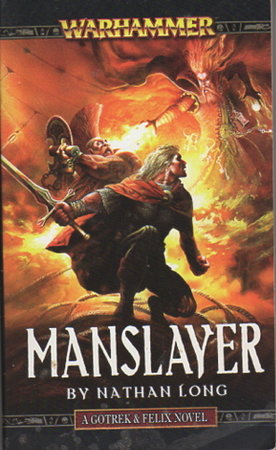 Nottingham, England: Black Library Publication, (2007). SIGNED first edition - "Heading north to aid the forces of the Empire in their battle against the invading Chaos hordes, Gotrek and Felix make a brief stop off in Nuln, where they encounter the dwarf engineer Malakai Makaisson, whose efforts to assist the Imperial war effort by transporting armaments to the battlefield in his airship are threatened by saboteurs." SIGNED on the title page and dated in 2008. 411 pp. ISBN: 1844165094.