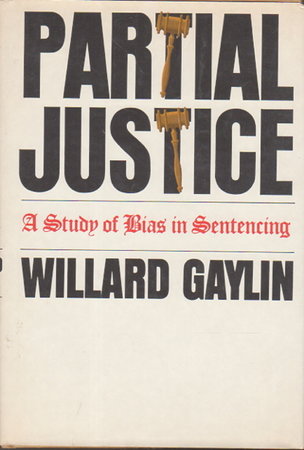 PARTIAL JUSTICE: A Study of Bias in Sentencing.

New York: Alfred A. Knopf, 1974. dj. Hardcover first edition - A study of four judges - all complex men, ethical and thoughtful -two liberal, two conservative - which reveals how unconscious biases are so pervasive in the US "justice" system, resulting in a broad and arbitrary disparity in the sentences given to those convicted of crime.. Notes, index. xvii, 244, vi. ISBN: 0-394-485939.