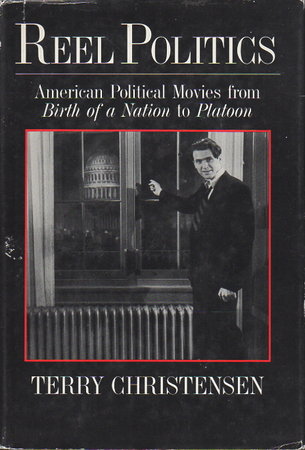 REEL POLITICS: American Political Movies from Birth of a Nation to Platoon.

New York & Oxford: Basil Blackwell, (1987) dj. Hardcover first edition - A survey of over 200 films from the age of silent films through two World Wars, the McCarthy era, the counterculture, Vietnam and to the present, which reveals the ways in which the genre has changed to reflect the changes in our culture, and which demonstrates that even ostensibly liberal films are essentially conservative. Illustrated with photographs, notes at the end of each chapter. Political Filmography, index. x, 244 pp. ISBN: 0-631-158448.

Condition: Very near fine in a very good dustjacket (some rubbing and edgewear to the dj).