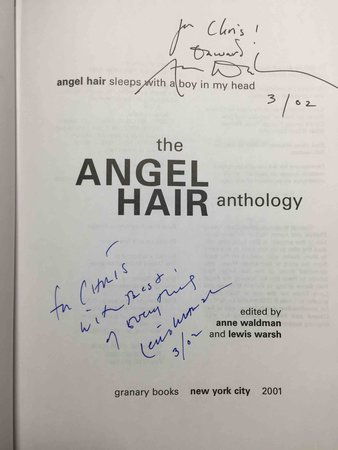 THE ANGEL HAIR ANTHOLOGY: Angel Hair Sleeps with a Boy in My Head.

Condition: Fine in fine dust jacket. Uncommon and especially so in hardcover and signed.