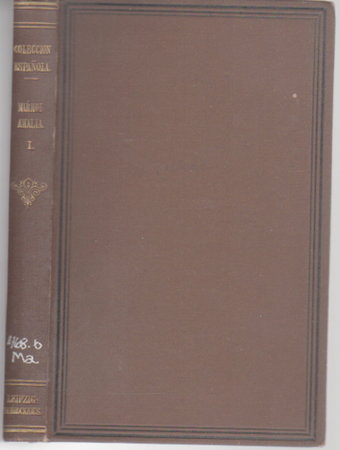 Leipzig: F.A.Brockhaus, 1877. Hardcover - Set in post-colonial Buenos Aires, this political novel by the exiled Argentian writer Marmol was written in two parts and originally published in Uruguay in 1851; it is a semi-autobiographical account of living in Juan Manuel de Rosas's police state. Volume One only (the second part was not published until several years later, after the fall of Rosas and Marmol's return to Argentina. [Libro en Espaol / Book in Spanish]. 312 pp.

Condition: Ex-library with the usual markings, but overall tight and clean in brown cloth with gilt lettering on the spine.