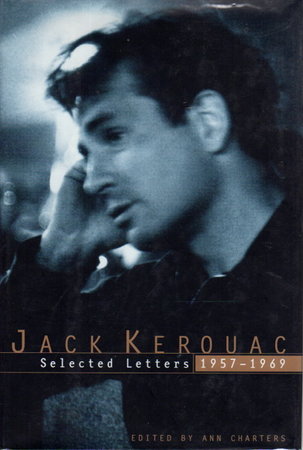 New York: The Viking Press, (1999.) dj. Hardcover first edition - The second (and final) volume of his selected letters, these letters written between 1957, the year 'On the Road' was published, and the day before his death in 1969 at age forty-seven, tells Kerouac's life story through his candid correspondence with friends, confidants, and editors; among them Allen Ginsberg, William Burroughs, Philip Whalen, Lawrence Ferlinghetti, Joyce Johnson, Gary Snyder and Malcolm Cowley. Edited and with an introduction and commentary by Ann Charters. Notes, index. xvii, 514 pp. ISBN: 0-670-861901.

Condition: Very near fine in a like dustjacket (as new, but with a remainder line.)