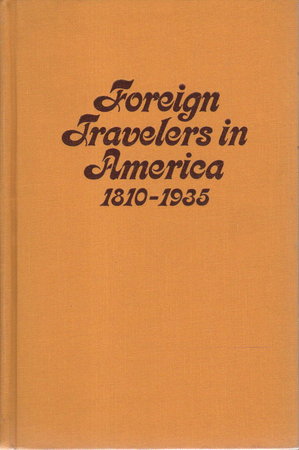 New York: Arno Press, 1974. Hardcover - Originally published in 1899. Includes his impressions of New York City ("much maligned") including the new rapid transit system there, and of Washington, Boston and Chicago, as well as comments on the differences between the North and the South, the American language, the postal system, universities and more. A title in the Foreign Travelers in America, 1810-1935 series. 260 pp. ISBN: 0-405-054416.

Condition: Ex-library with the usual markings and overall tight and clean in gold cloth with burgundy lettering.