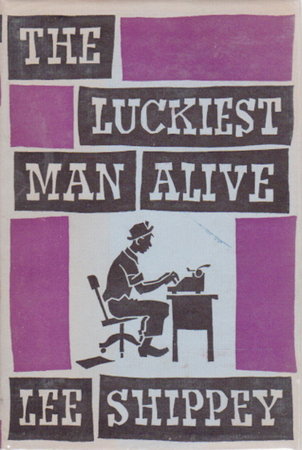 THE LUCKIEST MAN ALIVE: Being the Author's own story, with certain omissions, but including hitherto unpublished sidelights on some famous persons and incidents.

Los Angeles: Westernlore Press, 1959. dj. SIGNED hardcover first edition - Memoirs of a journalist and reporter: Lee Shippey "grew up in Missouri and Kansas. At the age of twenty he was blinded, but his writing won him a position as a columnist on the Kansas City Star. . . With partial recovery of his sight, he served as war journalist and foreign correspondent during World War I." After freelancing in Mexico for several years, where he edited a paper, he settled in Southern California. INSCRIBED on the front endpaper. Index. 203 pp. Dust jacket art by Don Louis Perceval.

Condition: Very near fine in a like dustjacket (very minor toning to the endpapers and dj)