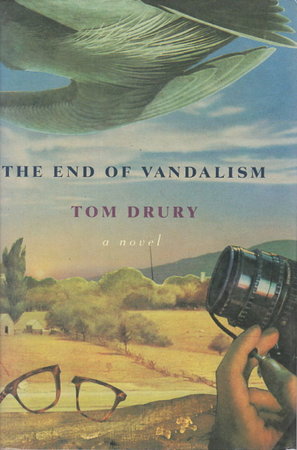 THE END OF VANDALISM.

New York: Houghton Mifflin, 1994. dj. Hardcover first edition - Highly praised author's first book (much of which had appeared in the New Yorker). On the basis of this novel, he was chosen as one of the first group of "Granta 20" authors (their 1996 list of the best young novelists writing in the United States). Cover praise from Jayne Anne Phillips and Annie Dillard who calls this 'Brilliant, wonderfully funny.It's hard to think of any novel -- let alone a first novel -- in which you can hear the people so well. This is indeed deadpan humor, and Tom Drury is its master.' List of characters. 321 pp. ISBN: 0-395-621518.