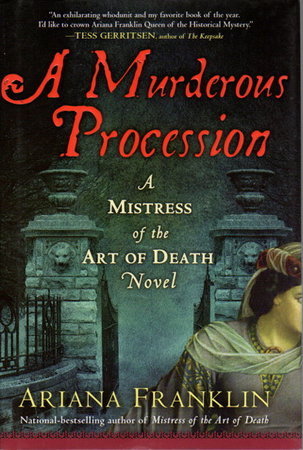 New York: Putnam, (2010.) dj. Hardcover first edition - In 1176, King Henry II sends his daughter Joanna to Palermo to marry his cousin, the king of Sicily. Henry chooses Adelia Aguilar, a medical doctor and native of Sicily, to travel with the princess. The fourth in the Mistress of the Art of Death series, this is an excellent historical novel which portrays a world just beginning to slide into the grip of the Inquisition. Author's notes. 337 pp. ISBN: 0-399-156283.

Condition: Near fine in near fine dust jacket (remainder line.)