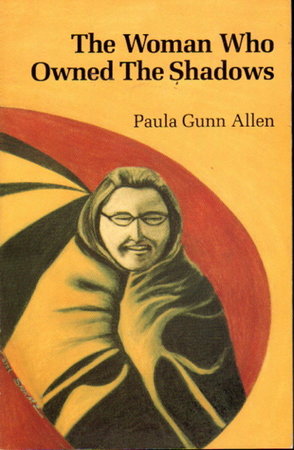 WOMAN WHO OWNED THE SHADOWS.

San Francisco: Spinsters, Ink, (1983.). First novel by this Native American writer, poet, feminist and activist (she was raised in New Mexico and describes herself as Laguna Pueblo/Sioux/Lebanese-American). Cover praise from Linda Hogan who describes this as "one of the first novels by and about contemporary Indian women. The writing is mythical in its telling of our origins, mystical in its relation to the world layers and human consciousness that derives from those layers." 213 pp. Cover art by Carol Lee Sanchez. ISBN: 0-933216-076.