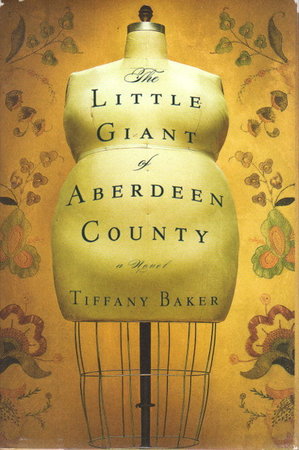 THE LITTLE GIANT OF ABERDEEN COUNTY.

New York: Grand Central Publishing, (2009.) dj. Hardcover first edition - The author's rather offbeat but very highly praised first novel - Publisher's Weekly says that this "mixes the exuberant eccentricities of John Irving's Garp, Anne Tyler's relationship savvy and the plangent voice of Margaret Atwood. . . Haunting the margins of Truly's story is that of Tabitha Dyerson, a rumored witch whose secrets afford a breathtaking role reversal for Truly. It's got all the earmarks of a hitÑinfectious and lovable narrator, a dash of magic, an impressive sweep and a heartrending but not treacly family drama." 341 pp. ISBN: 0-446194204.