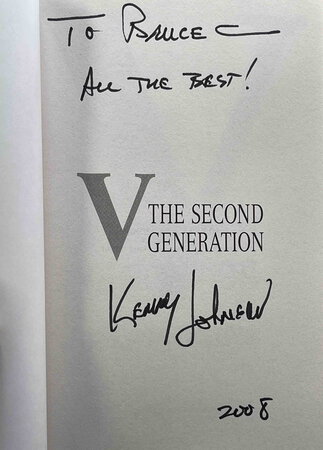 New York: TOR / Tom Doherty Associates, (2008.). SIGNED first edition - "A new novel based on the sequel miniseries currently being [shown on television] - the tension between The Visitors and Earth's human inhabitants has reached a boiling point. The reptilian Visitors, who cleverly portray themselves as Earth's protectors, are anything but." INSCRIBED by the author on the title page "To --- All my best wishes" and dated in the year of publication. 445 pp. ISBN: 0-7653-19063.