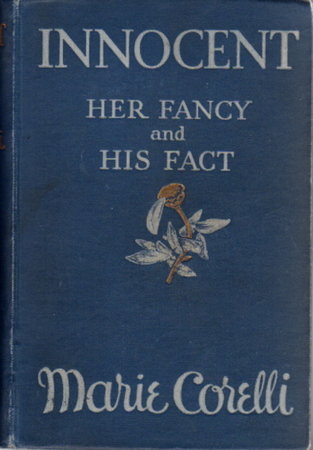 INNOCENT: HER FANCY AND HIS FACT.

London: Hodder & Stoughton, (1914.). Hardcover first edition - The story of Innocent, a young girl who discovers from her dying father that she was abandoned as a baby. Basis for the 1921 silent black and white film which featured Madge Stuart and Basil Rathbone (his first film - he was later to be best known for his portrayal of Sherlock Holmes.) Tissue-guarded frontispiece of the author.462 pp.