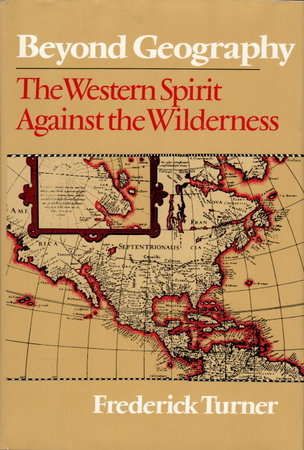 BEYOND GEOGRAPHY: The Western Spirit Against the Wilderness

New York: The Viking Press, (1980.) dj. Hardcover first edition - "A brilliant reconstruction of the 'spiritual history' that led up to the European domination and decimation of aboriginal cultures - native American tribes, Caribbean tribes, the Mayans - as rich in mythic life as the Western culture was barren. The author contends that it was the progressive decay of Christianity from a living mythology into a historically oriented state religion that creted a spiritual vacuum in the West, resulting in a terrific restlessness and energy that eventually mainfested itself in exploration conquest and conversion." Notes on sources, index. xviii, 329 pp. ISBN: 0-670-160989.