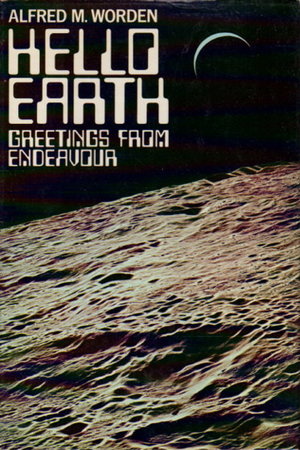 Los Angeles, Nash Publishing, (1974.) dj. SIGNED hardcover first edition - "Worden was the pilot of the Endeavour, the command module for the Apollo 15 space mission in 1971. During the nearly 67 hours his fellow astronauts Scott and Irwin were on the moon, Worden was in complete solitude, floating in space. . . That experience changed his life. "INSCRIBED by Worden on the front endpaper "To Esther and Harry, With Best Wishes, Al Worden, Apollo 15." [probably Esther and Harry Snyder, founders of the In-N-Out burger chain.] Illustrated throughout with full page black and white photographs. 80 pp. ISBN: 0-8402-13433.