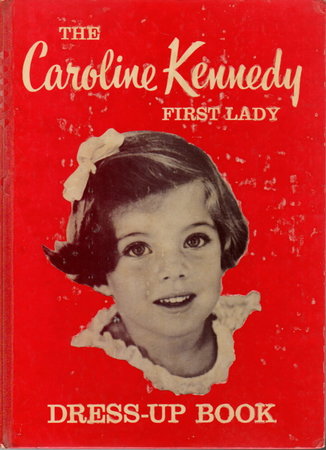 New York: Rolton House Publishers, 1963. Hardcover first edition - Charming book with Caroline Kennedy pictured as dressing up like 16 First Ladies, from Martha Washington to her mother Jacqueline Kennedy. Poems -mostly on presidential themes - by Arlene Dalton interspersed with the illustraitions; information is given about each First Lady depicted as well as on the costumes shown. Illustrated by Charlotte Jeter in full color and duotones. Large format, unpaginated.

Condition: Very good in glossy red illustrated boards - some delamination near the spine, and a flaw in the lamination process has caused some 'alligatoring' to the boards (apparently common to just about all copies) - contents are just about fine. Very uncommon and appealing.