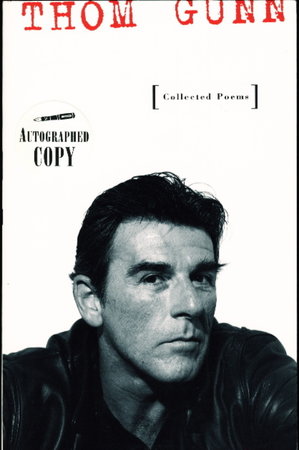 New York: Farrar, Straus & Giroux, (1997.). SIGNED - Powerful collection by this writer, born in England, but closely associated with San Francisco for most of his life (Edmund White described him as "the last of the commune dwellers [...] serious and intellectual by day and druggy and sexual by night".) In 2003, he was the first poet to be awarded the prestigious David Cohen British Literature Award for lifetime achievement. SIGNED on the title page. Postcript, notes, index of titles. 495 pp. ISBN: 0-374-524335.