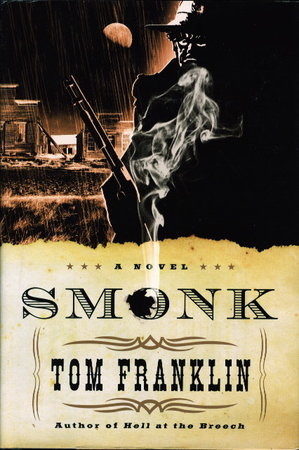 SMONK [OR WIDOW TOWN]: Being the Scabrous Adventures of E. O. Smonk & of the Whore Evavangeline in Clarke County, Alabama, Early in the Last Century.

New York: Harper Collins, (2006) dj. Hardcover - The author's third book, second novel, set in the early years of the last century. The story follows the life of two characters in Alabama, E. O. Smonk and the prostitute Evavangeline, and the adventures they find themselves in. 251 pp. ISBN: 978-006084681.

Condition: Very near fine in a like dustjacket (remainder line).