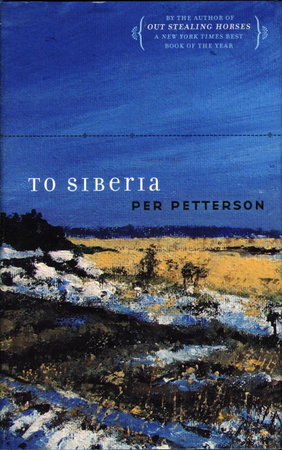 < >
Petterson, Per (translated by Anne Born).

St. Paul, MN: Graywolf Press, (2008) dj. SIGNED hardcover first edition - Set in rural Denmark during World War II, this was originally translated into English in 1998, but not published in the US until this edition. The narrator "vividly captures that unease which undercuts the adolescent's sense of expanding physical powers" - "The book builds up slowly, casting a spell of beauty and devastation that matches the bleak but dazzling climate that enshrouds Sistermine's young life." [Publishers Weekly] SIGNED by Petterson on the title page. Translated by Anne Born from the Norwegian. 245 pp. ISBN: 9781555975067.