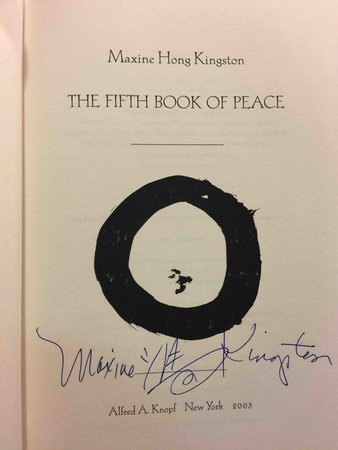 THE FIFTH BOOK OF PEACE.

New York: Alfred A. Knopf, 2003. dj. SIGNED hardcover first edition - A blend of fiction and memoir, this is in part a recreation of her lost novel, a sequel to China Men titled 'The Fourth Book of Peace," which was destroyed in the fires that burned in the Oakland hills, and an account of her attempts to remake her life after the fire and her experiences working with Vietnam veterans in writing workshops. SIGNED on the title page 402 pp. ISBN: 0-679-440755.