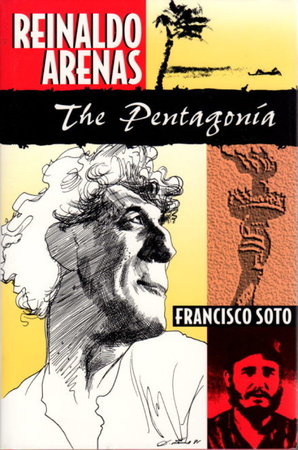 Gainesville: University Press of Florida (1994.) dj. Hardcover first edition - "Reinaldo Arenas is considered one of the most important Cuban writers of recent decades. His most ambitious project was a pentalogy on Cuban history, a magnificent literary legacy that he worked on intermittently from the time he was eighteen. . . Arenas described these five books as both a writer's autobiography and a metaphor of Cuban history. Francisco Soto's study, the first to examine the quintet in its entirety and in English, considers the five-book sequence in the context of Cuba's state-sanctioned tradition that promotes documentary novels of immediate and practical utility. Soto argues that Arenas subverted that tradition, insisting that the writer's voice must be a call for freedom, challenging both literary and social establishments. Arenas's criticism of the Cuban Revolution was more than an attack against communism, Soto says; it was an angry cry against injustice and against a system that persecuted him simply for being homosexual." Includes a conversation that took place between Arenas and Soto, revised and expanded by Arenas shortly before his suicide. Notes, bibliography, xi, 193 pp. ISBN: 0-813013151.