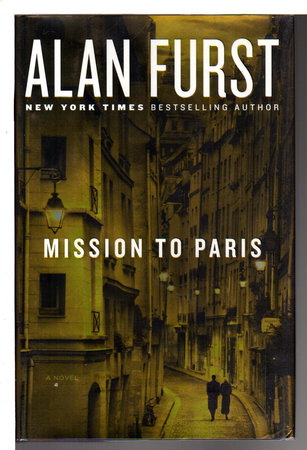 New York: Random House, (2012.) dj. SIGNED hardcover first edition - Historical espionage novel set in 1938 in a Paris where 'political warfare' is at its peak and the money of the Germans is never spoken of - Frederic Stahl, a Hollywood film star, has become part of an informal spy service run out of the American embassy. SIGNED and dated in the year of publication on the title page. 255 pp. ISBN: 9781400069484.

Condition: Fine in fine dust jacket (a new copy, but one corner is very slightly bumped.)