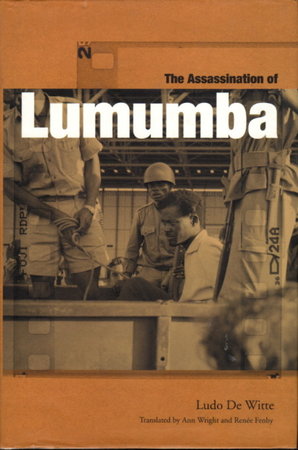 THE ASSASSINATION OF LUMUMBA.

New York & London: Verso, (2001.) dj. Hardcover - In June 1960, the former Belgian Congo won its independence; on January 17. 1961, the first democratically elected prime minister of the Republic of the Congo, and a pioneer of African unity, was murdered. Using official sources and first hand accounts, this book attempts to "unravel the appalling mass of lies, hypocrisy and betrayals that have surrounded accounts of the assassination" and reveals a "network of complicity from the CIA to the Belgian government." In fact, this book has prompted the Belgian government to establish an official commission to inquire into the assassination. Translated from the Dutch by Ann Wright and Renee Fenby. Photographs, extensive notes, bibliography, chronology, index. xxi, 224 pp. ISBN: 1859846181.