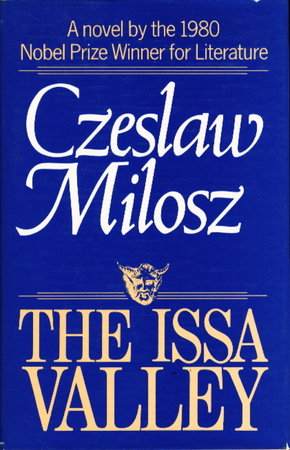 London: Sidgwick & Jackson, (1981.) dj. Hardcover first edition - Originally published in Polish in 1955, this translation by Louis Iribarne is the first English language appearance (shortly after he received the Nobel Prize for literature in 1980.). " 'The valley of the Issa has the distinction of being inhabited by an unusually large number of devils.' So begins the author's description of his child protagonist's Lithuanian countryside." 288 pp. ISBN: 0-283-987626.