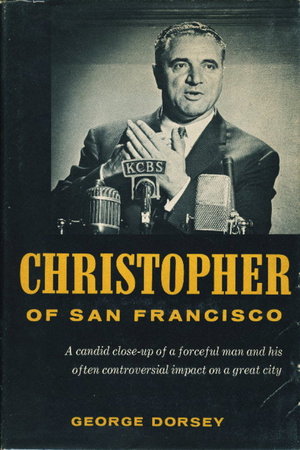 New York: Macmillan, 1962. dj. SIGNED hardcover first edition - "A Candid Close-up of a Forceful Man and His Often Controversial Impact on a Great City." Biography of the 34th mayor of San Francisco (from 1956 to 1963) - Greek-born Christopher was credited with a strong record on civil rights and bringing the Giants to San Francisco, but also with redevelopment that destroyed much of the character of the city and displaced many of the ethnic groups - especially African Americans. SIGNED on the front endpaper by both Geoge Christopher and author George Dorsey. Photographs. 238 pp.