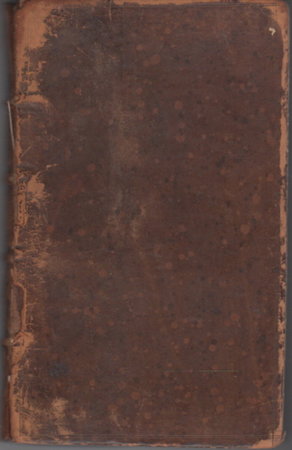 DISCOURSES ON THE PUBLICK REVENUES, and on the Trade of England. Which more immediately Treat of the Foreign Traffick of this Kingdom... Part II. To which is added, The late Essay on the East-India Trade. By the same Hand.

London: Printed for James Knapton, at the Crown in St. Pauls Church-yard, 1698. Hardcover first edition - The second - and more interesting - part (complete in itself) of Davenant's monumental two-part work, both parts published in the same year. While Part I dealt primarily with "political arithmetick," Part II focuses on the somewhat more lively subject of foreign trade and consists of: "four Discourses... viz. (I.) That Foreign Trade is beneficial to England and (II.) On the protection and Care of Trade, (III.) On the Plantation Trade, (IV.) On the East-India Trade; to which is added the late Essay on the East-India Trade." (with a separate title page and pagination.) The last-mentioned, first published a year earlier, is Davenant's famous essay opposing the protection of English textiles from Indian competition. The essay "On the Plantation Trade" contains a great deal of material on America and the West Indies, the use of slaves and more. ...Index. 434, 64 pp.

Condition: Good overall in original leather boards. Front board is detached and the leather binding is quite scuffed, but the contents are near fine - and this is a work deserving of restoration.