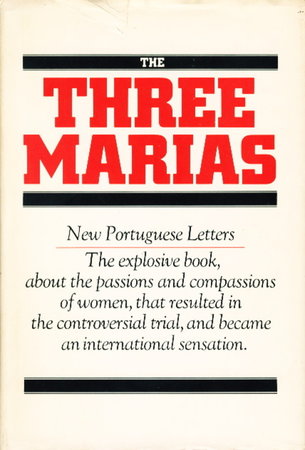 Garden City, NY: Doubleday, 1975. dj. Hardcover first edition - "The explosive book, about the passions and compassions of women, that resulted in the controversial trial, and became an international sensation." When this book was published in Portugal 1972, its three authors were arrested and the books were seized as "outrage to public decency." After the charges were dropped in 1974, this has become an important part of the fight for women's rights. Translated from the Portuguese by Helen R. Lane. Includes a translator's preface, authors' afterword and notes. 432 pp. ISBN: 0-385-018533.

Condition: Just about fine in a near fine dust jacket (short closed tear, a bit of sunning to dj spine.)