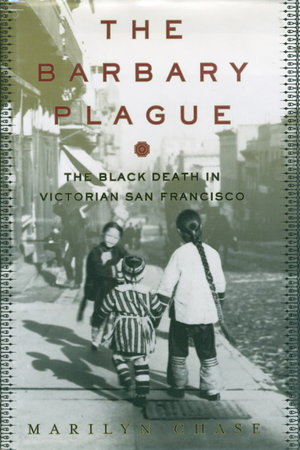 THE BARBARY PLAGUE: The Black Death in Victorian San Francisco.

New York: Random House, (2002.) dj. Hardcover first edition - Fascinating account of the story of the fight against the bubonic plague epidemic that hit San Francisco (first in Chinatown) between 1900 and 1905, and returned after the earthquake of 1906 and the efforts of Dr. Joseph Kinyoun, who was unsucessful, and later of Dr. Rupert Blue, who was sucessful in keeping the plague under control and limiting the number of deaths - but who was not able to stop it from escaping the city, where it crossed over to the wild population of squirrels and other ground rodents, and remains endemic in the Sierras and in the Southwest to this date. Selected as one of the best books of 2003 by the San Francisco Chronicle Notes and bibliography. Illustrated with photographs, 276 pp. ISBN: 0-375-504966.