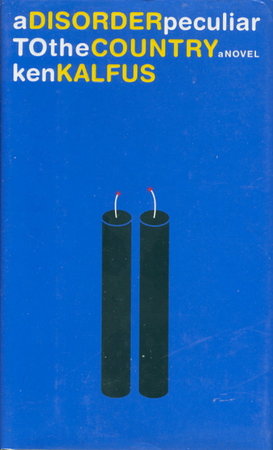 A DISORDER PECULIAR TO THE COUNTRY.

New York: Ecco Press, (2006.) dj. Hardcover first edition - His fourth book and second novel, a very black comedy: a couple in the midst of an acrimonious divorce secretly rejoice at the thought that he was killed in the World Trade Center on 9/11 and she was on the plane that crashed in Pennsylvania - only to discover that she had missed her flight, he had been late for work, The stock market crash, the anthrax scare, the invasion of Iraq all become part of the marital battlefield. Nominated for the National Book Award. 237 pp,. ISBN: 0-06-0501405.

Condition: Fine in a very near fine dust jacket (short scratch on front cover of dj.)