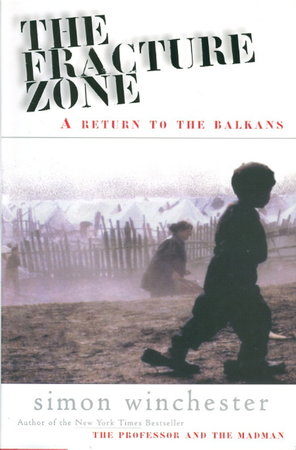 THE FRACTURE ZONE: A Return to the Balkans.

New York: HarperCollins, (1999.) dj. SIGNED hardcover first edition - The title comes from the following comment by Winchester: 'if the underlying crust of the earth in the Balkans is cracked and shifing along great fault lines, so the people of the Balkans are affectd by the faulty lines made by man.' Although written while the war in Kosovo was actually happening, this is not so much a book about the war as it is an intimate portrait of the area and the people painted during a time of war and conflict. It is also an attempt to understand what has led the region to violence - and the causes that will inevitably result in more violence in the future. Includes some suggestions for further reading. 255 pp, map endpapers. ISBN: 0-06-0195746.

Condition: SIGNED by the author on the title page and dated in the year of publication. Near fine in a near fine dust jacket (a new, unread copy but with lower corners bumped)