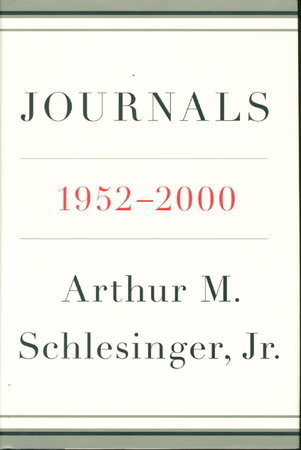 New York: Penguin, 2007. dj. Hardcover first edition - From the dust jacket: "For more than a half century, Arthur Schlesinger, Jr. was at the vital center of American political and cultural life. From his entrance into political leadership circles in the 1950s through his years in the Kennedy White House and up until his very last days, he was that rare thing, a master historian who enjoyed an extraordinary eyewitness vantage on history as it was being made.. . Edited by his oldest sons, they offer remarkably fresh and lucid observations on a half century of public life, and a rare and privileged view into the mind of one of America's most distinguished men of letters" Covers events from Adlai Stevenson and JFK, from the Bay of Pigs to the assassinations of the 1960's, Vietnam, Watergate, the Clinton years and Bush vs Gore and much more. Index. xvi, 894 pp. A large and heavy book. ISBN: 9781594201424.