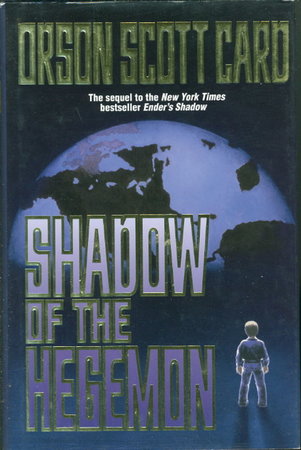 SHADOW OF THE HEGEMON.

New York: Tom Doherty Associates, (2001.) dj. Hardcover first edition - Orson Scott Card's 'Ender's Game' is one of the most popular science fiction novels ever written. It tells the story of the boy "Ender" Wiggin and his victory over an alien race threatening to destroy all of humanity. In 'Ender's Shadow', Card told the story of another child in the Battle School, the one they called Bean. Now Card continues Bean's story. ISBN: 0-312-876513.