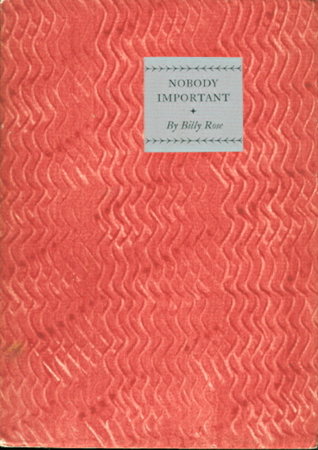 Stamford, Connecticut: The Overbrook Press, 1948. First edition - One of 600 copies printed at The Overbrook Press as a Christmas keepsake. Reprints a column by Rose, which recounts a story told him by an-serviceman recently returned from Japan, and the small gift card laid in from Frank and Helen Altschul calls this a 'gentle reminder of the nature of the modern world.' Initial and tailpiece by Rudolph Ruzicka. A slim production, just 8 pp plus the colophon.

Condition: Near fine in white wrappers with an outer wrapper of coral marbleized paper and small paper label on the front cover. Gift card laid.