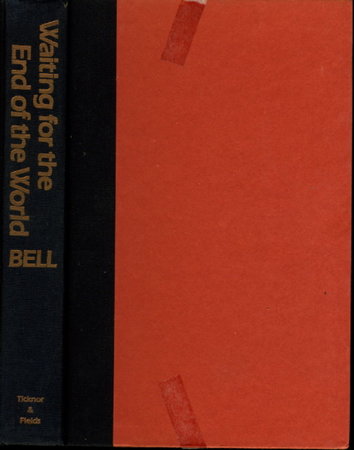 WAITING FOR THE END OF THE WORLD.

New York: Ticknor & Fields, 1985. Hardcover - Southern author's second novel - a story of terrorism in New York City. Bell was probably the most established of the authors who were selected by Granta magazine in the late 1990's as the best young writers in the United States. 322 pp. ISBN: 0-89919-3773.

Condition: Ex-library with the usual markings and missing front endpaper, but overall tight and clean, lacking the dust jacket.